Navratri festival is one of the most traditional festivals of India widely celebrated in the parts of West Bengal, Gujarat, Maharastra, Karnataka, Telangana, Andhra Pradesh and Tamilnadu. This is a popular festival in other countries as well such as United Kingdom, Trinidad and other South East Asian countries. Apart from Hindu community, Jains and Sikh communities also take part in this festival. Let us understand more about this popular puja in detail.

What is Navratri festival?

When is Navratri celebrated?

Why is Navratri celebrated?

How to do Kalash sthapana in Navratri?

How to do Navratri puja at home?

We have created a small video answering all of these common questions around Navratri. Please check this out.

What is Navratri festival?

Navratri is a grand affair in famous temples across India such as the Kudroli temple in Karnataka, Indrakeeladri temple in Vijayawada, Chamundeshwari temple in Mysore, Madurai Meenakshi temple in Tamilnadu and Perambur Ellaiammam temple in Kerala. 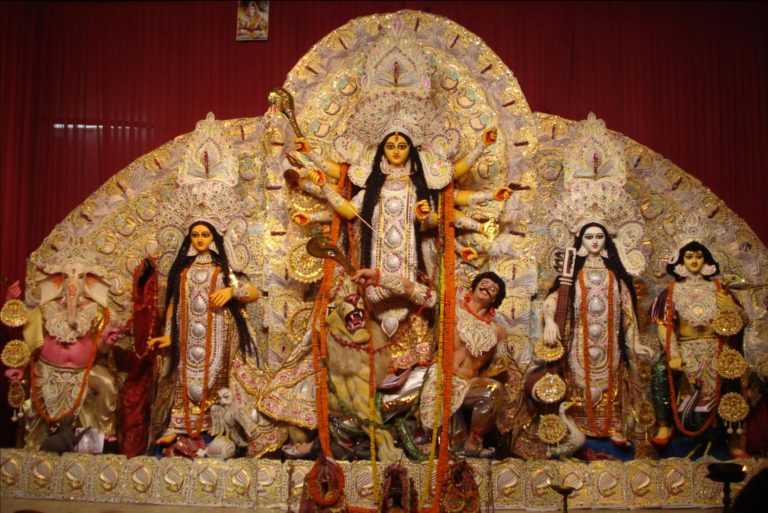 When is Navratri celebrated?

It is believed that there are four seasonal Navratris in an year, out of which the post monsoon season Navratris is popular and is called as Sharada Navratri. It is celebrated on the bright half of the Hindu Luni Calendar month Ashvin which according Gregorian Calendar falls on the September/October months.

The month of Ashvin begins on the new moon day just after the autumn equinox, the time or date at which the sun crosses the celestial equator, when day and night are of equal length (22nd September and 20th March). As per Jyotishya, Ashvin begins when Sun enters in Virgo.

Why is Navratri celebrated?

Navratri is associated with the nine incarnations of goddess Durga where each has a specific importance.

Day 3 - Chandraghanta: Who symbolizes beauty and bravery. The color associated is Yellow.

Day 4 - Kushmunda: Who symbolizes creative power of the universe. The color associated is Green.

Day 5 - Skandmata: Who symbolizes fierceness. The color associated is Grey.

Day 6 - Katyayani: Who symbolizes courage. The color associated is Orange.

Day 7 - Kalratri: Who symbolizes ferociousness. The color associated is White.

Day 8 - Maha Gauri: Who symbolizes intelligence and peace. The color associated is Pink.

People performing the Puja during the Navratri season would receive all the above qualities as blessings from goddess Durga. 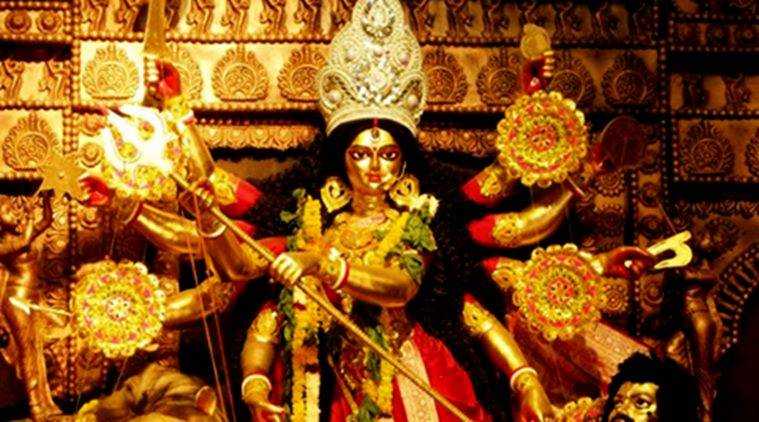 How to do Kalash sthapana or Ghat sthapana in Navratri?

How to do Navratri puja at home?

Book Navratri Puja with us on namastegod.com. We offer the complete puja service which includes panditji along with Samagri and if in-case Samagri is already arranged we also provide the flexibility to book a panditji for puja. We have experienced pandits with more than 20+ years in doing puja. Choose panditji based on your language requirement. Try now!